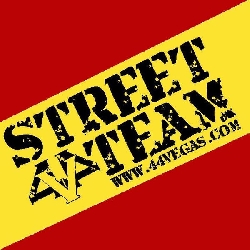 About US
About Us:

44 Vegas is your new All-American rock 'n' roll band. The group originally formed in early 2001, in Murfreesboro, Tennessee, and quickly began writing their own material. The line-up of 44 Vegas is: Thomas Rutherford (guitar), Eric Jones (guitar), and Nathan Lux (drums). The band built a solid foundation through their fusion of both classic and modern rock, hard rock, jazz, funk, and blues. The group definately has an individual sound, which can be credited to the many different musical influences of its members.